Every year at its annual partners conference called Confluence, Bharti Airtel expresses its gratitude to all the partners and their employees for their substantial contributions and support that made brand Airtel. It's a showcase event to applaud all the extraordinary partners who've helped Airtel become competitive and nimble, who've helped them deliver their products to the market faster and who've helped Airtel win over the preceding year. This conference brings partners from across the globe to reflect on the year's joint achievements and to discuss Airtel's current ambitions and strategic priorities for the future with the Airtel leadership team.

This year, Dymensions, Inc was honored with the "Airtel Agility Leader" award at Airtel's annual global partner conference. Bharti Airtel presents this award as "applauding the extraordinary", recognizing the partners who have shown agility in bringing new offerings to market and also displayed flexibility to respond quickly to changes in the market.

Dymensions has implemented end to end DevOps for Bharti Airtel’s Siebel deployment, including other key applications in the CRM topology. The implementation has enabled the IT team to deliver new features and fixes to production 2x faster, reduce environment to environment migration times by 15x, increase migration of changes from DEV to TEST by 11x, reduce number of resources supporting migrations/deployments by 5x and eliminate all manual errors in the process.

At Dymensions, we believe that automated DevOps will bring customers business agility and also bring modern developer experience to its developer community. Dymensions has been innovating using the modern tools and technologies to build DevOps solutions that will greatly benefit CRM customers and help them get more value out of their existing investment.

At Dymensions, we are committed to providing these solutions that will maximize the investment Siebel customers have already made in the product. For a demo of our solutions and for additional details, contact us using the information below. 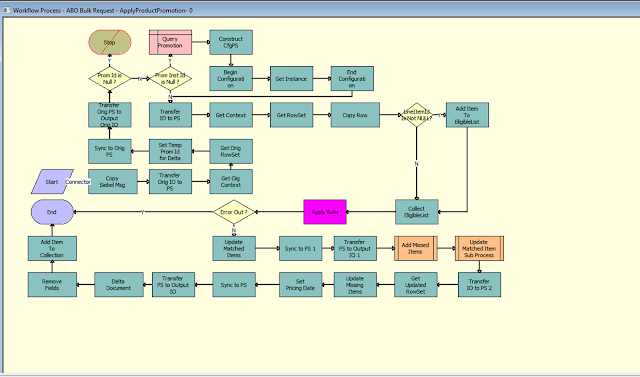 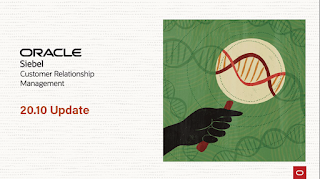 Siebel 20.10 Update  Continuing the monthly updates release model, Siebel CRM team released 20.10 last week. On first glance at the update notes from Oracle, the update didn't appear to have any new features except for certification of Linux version 8 and quite a few bug fixes. On closer look at the various documentation guides, it dawned on us that there were quite a few enhancements released by Siebel CRM team. These should have been called out in the update guide as these are some key enhancements that will help customers. So let's take a look at what these enhancements are: Siebel Migration Enhancements As of Siebel 20.10, Siebel has removed the requirement of direct database connectivity for migration application. That essentially means: Removal of dependency on JDBC  Removal of network dependency -  Thereby also eliminating any requirement that both migration app and Siebel database be in the same internet zone or require port to be open between two zones The removal of
Read more